Very Interesting coincidence….I call this “synergy”. This article is confirming a message very specifically that I received during a meditation practice a few months ago – A clear signal the time is right to write it down, share it – give it life.

I had 3 ribs that kept dislocating and causing me a lot of pain.  This debilitating pain was interrupting my life and interfering with my joy.  It finally dawned on me it was bringing an important message.  Pain is a powerful messenger.   With that revelation, the intention for mediation that day was to hear the message.

I was attacked about 25 years ago by a couple of men with the intention of rape and I suffered several broken ribs. Thank God I escaped, but I did not go unscathed.  I’ve lived with a great fear of finding myself in that situation again.  A parking garage or a peaceful, quiet street could evoke terror, even if I was with someone.  It was an irrational fear that induced panic attacks. Over the last few years I thought I had released this fear. The rib was a reminder of something I had not released from my subconscious and it was presenting again; giving me another opportunity to let it go.

The message revealed was this – Suppression of women and the sense of lack and unworthiness it has created in us has its root in Genesis. What happened to me is a result of a belief system that considers women “less than” men.  The woman in the Old Testament is portrayed as an “afterthought” of God. According to scripture,  God realized after creating Adam, it was not good for man to be alone and created Eve from the rib of the man. So not only was Eve a second thought, she was not given her own identity.

Eve then coerced Adam to eat from the apple; Eve’s coercion of Adam caused the corruption of man, “the original sin” and it was downhill from there for women. I guess man would be forever living in Nirvana if not for Eve or maybe man would be extinct.  Or, did God have another idea of how creation would procreate before he had the “Ah Ha” moment that changed his mind – I thought that was a woman’s prerogative?  This is how my mind works…he he.

Based on what I was taught and decided was true in my formative years, subconsciously I’ve been conditioned to be submissive to man and to believe I deserve to be punished.  And, why not?  Women are trouble.

As have many women, I’ve gone through most of my adult life making sure life is punishing me; that somehow I did something to deserve being punished.   This embedded belief system has ruled the collective woman consciousness.   I can look back now on life and see how my perceptions of where women stood in the scheme of things influenced how I viewed events.  One event in particular comes to mind.  Another blog.

The written interpretation of Genesis and other similar religious scripture has given man free license to suppress women throughout the history of religion. This suppression at times has been very subtle and extreme as we are seeing now in some religions and fundamentalist aspects of religions.  I can see how this belief that women are “not created equal” has been perpetuated by a blind acceptance of what is deemed truth by those in authority.

Questioning religious teaching is considered blasphemy and still punishable by death in some countries.  The fear of death, hell and damnation has controlled people for ions. Questioning truth has always been a threat to those who seek control.  Until recently, it has proved dangerous for women to question authority or reveal her full power.

The suppression of women, like all events have served a purpose unto Heaven (to the Higher Plan).  Current events and changing times suggest that this purpose has been realized.  People are questioning old beliefs.  We are listening with our hearts for the vibration of Truth that resonates with Unconditional Love.

People are realizing their connection with all of Creation as our ability to be connected through technology increases.  Woman in force are rediscovering their importance; their irreplaceable worth to the world as they see themselves mirrored worldwide.  The female in all of creation is the very womb that births creation.  Women were not always suppressed.  At one time we were respected, revered and honored and still are in some cultures.  Mother lion is roaring now as she is rediscovering her power, worth and proper place.

Nothing ever changes until we change our minds – It’s everyone’s prerogative. All events are uncovering us; revealing our true God-like nature. As individuations of our Creator, we are created in the very image.  As we are revealed we become an ever clearer conduit for God’s Pure Unconditional Love to flow through us and from us.

All religions speak of this Truth.  Ernest Holmes put it this way, “Evolution is the drawing out of God within us”.  The Christian bible says this, “No one has ever seen God; if we love one another, God abides in us and his love is perfected in us”..1 John 4:12.

The tough events in our lives (the hard knocks) are asking us to open the door to the God within.  The harder the knock the bigger the opening.  I’m sure you’ve heard, “Your worst enemy is your greatest teacher”, or how the hardest hardship ended up being the biggest blessing.

This life event that resulted in the broken ribs was giving me an opportunity to release a belief system that was no longer serving me, my purpose or the collective woman.  It had been pointed out again and again, but I wasn’t getting it, so the knock got harder. Tough as it was, the broken ribs provided the catalyst that broke me free from the “ages” old belief  that as a woman, I was “less than” and therefore, loved less, “worth” less.

It still took 25 more years to swing the door wide open!  I was only able to release this belief from my subconscious by quieting my mind (something I couldn’t do in my younger years) so I could hear the voice of God.  I am so grateful for the event that shook me loose and THAT is the miracle – A change in perception that truly sets me free!  By the way, no more rib pain since the day the message was revealed – hallelujeh!

The collective woman is being released as each woman frees herself from the bondage of this long held perception of inequality.  I am now FREE thank Goodness to a loving God that talks to me personally as I allow.  I pray for the release and freedom of all women.  May the collective woman take her proper place in the world alongside her brother and with her nurturing, loving heart help move the world forward into Nirvana. 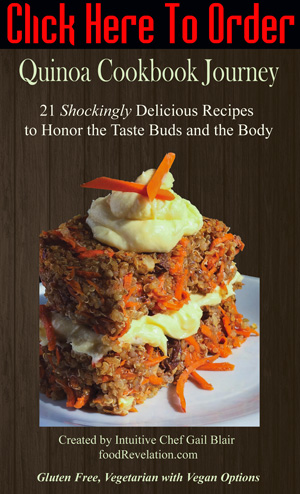